Malta-based Relax Gaming is a software provider for online gaming operators throughout Europe. While this brand may be best known for the supply of its cutting-edge poker client to gambling giant Unibet, it’s pretty well known too for its high-quality bingo network.

The Relax Gaming bingo network software offers players creative features, outstanding visuals and a fantastic rewards programme which brings punters back for more. As its games are also built on HTML5, they are all accessible from all kinds of internet-enabled devices for a seamless game play experience.

Relax Gaming was first launched in 2010. Although its offices were originally based in Tallinn, Estonia, the company now has a strong presence across Europe including in the UK. The brand’s original offerings were in the online poker software industry and four years after its launch, it partnered up with gambling giant Unibet to produce an innovative and exciting poker platform. Although the company is still best known for its poker software products, it was thanks to Unibet that Relax Gaming was launched in the world of online bingo.

In 2015, Unibet owned gambling sites were offering bingo provided by the Virtue Fusion bingo network. However, when the contract was due to be renewed, Unibet chose to switch provider and instead opted for a bingo network and platform created by Relax Gaming. The first site to offer Relax Gaming’s bingo software was Maria. In just the first year of its operation, this new bingo network sold over half a billion tickets and was known to have paid out over 10 million Euros-worth of jackpots! It now powers a number of Scandinavian bingo sites together with some UK player-friendly sites such as Bingo.com and Maria Casino, and while it isn’t the largest bingo network out there, it still has plenty to offer punters.

Is Relax Gaming A Safe Choice?

Choosing a reliable bingo network provider is very important for punters of all kinds, so you’ll be pleased to note that Relax Gaming is a safe and trustworthy choice since it is licensed and regulated by the well-known body, the UK Gambling Commission. This provider is also licensed in other European countries like Romania and Denmark, so players can have complete peace of mind when they register with a Relax Gaming bingo site.

Relax Gaming is responsible for offering some excellent bingo software that boasts cutting edge features that set this provider apart from the crowd. Players can benefit from bingo chat rooms where they can enjoy a real-world socialising experience as well as live video streams from hosts and a range of bingo rooms that offer a host of different games. There are also integrated mini games for players to enjoy in between bingo sessions. The software promises players dynamic gameplay and a modern design which suits all preferences.

It is the details that set any bingo software provider apart from its rivals and Relax Gaming doesn’t disappoint in this respect. Its bingo product offers a host of special features which players can benefit from when they register with any of the network sites. These include:

There are plenty of gaming options open to players at Relax Gaming bingo network sites. There are five open access bingo rooms to choose from. These include regular 90 ball and 75 ball rooms for the traditionalist punters as well as speed 90 ball games for those who are looking for a quick time-filler. There are also 90 ball strips rooms and 75 ball variant with five lines rooms. New players can benefit from short-term access to the newbie room and loyal players can gain access to the loyalty room too where they can benefit from exclusive prizes. 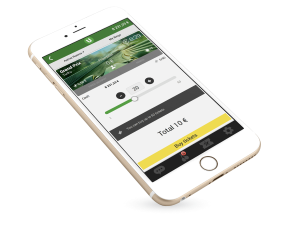 Relax Gaming’s bingo software is built on HTML5. This means that all of its games are fully accessible and are speedy to load regardless of which device the player chooses to use. All types of internet enabled mobile device can be used to access the Relax Gaming bingo network, so whether punters prefer to use a desktop PC, an iOS device or Android smartphone or tablet they will enjoy a convenient and seamless gameplay experience no matter where they may be.

The Positives and Negatives

Have you been trying to decide whether it’s worth your while to sign up to a site within the Relax Gaming bingo network? Here, we list some of the pros and cons so you can make a more informed decision.

Although the Relax Gaming bingo network offers sites which are engaging, high quality and well-designed, they are still limited in number at the present time. Nevertheless, since it is an expanding brand, it’s likely that its games portfolio and the number of sites under its umbrella will only grow over the years to come.